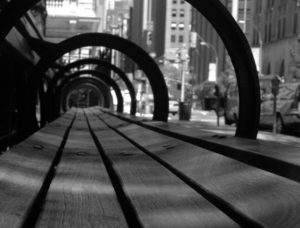 Following a strictly linear narrative does not work for every story. Imagine how boring a detective story would be if the story went in chronological order and you learned right away who the killer is and how they did it. Playing with time through flashback or flashforward sequences can be a useful plot device for revealing key information at a time when it offers the most dramatic impact.

I utilize flashbacks in all of my novels. I love using flashbacks as a framing device to explore a character’s motivations or as a means for recounting earlier events that influence the direction of the main plot in a profound way.

Some wannabe authors and uninformed critics are quick to dismiss using any flashbacks within a story. They will claim that flashbacks interrupt the flow of the narrative and take you out of the action. I disagree with this criticism 100%. Good authors can put flashbacks to clever use in situations where the story calls for one. 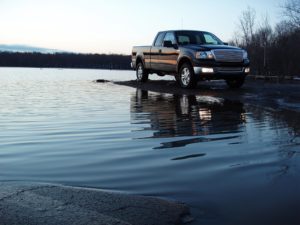 On a fundamental level, flashbacks give your story a more authentic feel. In real life, how often does one of your five senses trigger a latent memory? Spotting a broken-down car along a highway may trigger a flashback to an earlier time you wrecked your car. Smelling a particular perfume may cause you to recall a similar fragrance your wife wore on the night you proposed to her. Incorporating flashbacks in this manner makes a POV character much more relatable and real to your audience.

Weaving flashbacks into your narrative

Like I mentioned earlier, I use flashbacks to unfold subplots for key characters in all my novels. I make a deliberate choice to use this element to either create a sense of mystery around each character in question or lend greater dramatic weight to their actions and choices as the narrative progresses.

When Dean is introduced in Pandora Reborn, we meet him as an obsessed hermit who guards a buried chest day and night. His actions seem insane and neurotic at first glance. Flashbacks give context to those actions. Readers learn how Dean grappled with the main antagonist 55 years earlier and saw everyone he loved fall victim to their brutality. It gives his character arc a tragic complexity as Dean’s story unfolds. 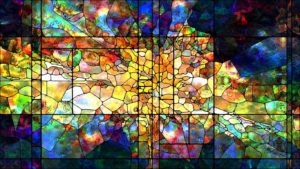 I employed the same formula with Todd in Under a Fallen Sun. Readers are introduced to him when Todd is hiding in a boarded-up house with a mysterious creature imprisoned in his basement while nursing a wounded leg that won’t heal. Through Todd’s interactions with the prisoner, we are taken back to events earlier in his life that color his actions in the present. We learn how Todd and his wife Caroline arrive in Travis and, eventually, her fate. It builds suspense and, ultimately, paints a vivid picture of why his actions are so cold and calculating through much of the narrative.

Flashbacks play an important role in both Alien People and Dark Metamorphosis. In Alien People, readers see the fallout from Lance crashing on the asteroid and how it impacted his career in the Stellar Guard through flashbacks. In Dark Metamorphosis, a flashback to Calandra losing her arm after returning from Earth helps inform readers why despair and fear are consuming her early in the narrative. With both characters, flashbacks help establish why they think and act the way they do as the main plot unfolds.

Flashbacks, if used in the right way, can function as pieces in a larger puzzle for your reader to assemble. It’s rewarding when they complete the puzzle and see a bigger picture. Well-written flashbacks have the ability to create a lasting emotional connection with a character.